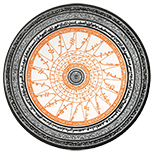 The great scholar Sayyed Abul Hasan Hafezian was born in 1332 A.H. in the Holy City of Mashhad in Iran. His honorable father Haaji Seyed Mirza Aqa and his great generous mother Bi Bi Maasoumeh Khatoon were both honored in their time. As his father he was also interested in mathematics. So the father who had perceived his son’s talent and interest, introduced him to Sheik Hassan Ali Esfehani (Nokhodaki) who was living in Mashhad at the time, wishing his son to study under this great scholar’s attention. The late Esfehani accepted him and began to educate him and looked after his upbringing. Hafezian studied at the Mirza Jaafar’s school during the days and mediated and prayed in the upper chamber beside the ancient Abassi lobby at nights. Soon, with his extraordinary intellectual power, he became the dearest student in the eyes of his teacher as he was far ahead of other students. At his classes, the teacher perceived the enlightening and heartfelt modesty and also sense of liberty in the face of his student, and discovered his intelligence and brightness for which his teacher recognized that he was much more gifted than others. In his adolescence, as Seyed Abolhassan’ genius miraculously reached perfection he was getting ready for mystical theosophy. He studied Arabic Grammar, Mathematics, Medicine, Astronomy, Theology and Morals under the attention of his teachers with a remarkable progress reaching the perfection in each of these fields. He was always on the lookout for other scholars and took the advantage of socializing with philosophers and theosophists who came as pilgrims to Mashhad from Iranian cities and other part of the world. Read More 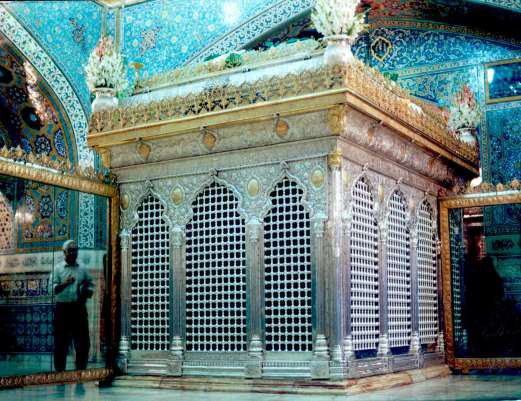 The shrine named after great Iranian Scholar and Islamic preacher Allama Syed Aboul Hassan Hafeziyan was built at a hill top of Sofipora Pahalgam Kashmir India where he used to mediate and appointment of Imam Mahdi ajtf. Ayatullah Syed Aboul Hassan Hafeziyan Mashadi completed Protected Guarded Table here and established a stone in shrine where on can pray two rakat Nemaz in the name of Babul Hawaij and Allah responds to his /her prayers soon. Also this shrine protects area from storms and contagious diseases.. This sacred beautiful shrine has speciality of Imam Mahdi ajtf. and on 15th of Shaban every year people pray here for Imam Mahdis arrival and for fulfilment of their needs.

Allama Hafeziyan Memorial School Sofipora Pahalgam Kashmir India established in the name of grand Iranian Scholar and preecher Allama Syed Aboul Hassan Hafeziyan. The School is registered by Government and fulfills the dreams of remote backward people of Pahalgam area. The students of school are performing well and to the satisfaction of parents and teaching standards of modern trends. The aim of school is to uplift educational sector and communal harmony/ unity and to serve the deprived society. The school has been appreciated from all walks of life and is steadily progressing day by day. Any one can help and is welcomed to help this mission to serve humanity.